Sew-quick is a thriving industrial and domestic sewing machine service based in Falmouth, Cornwall. Their workshop is to be found in an old light-industrial building, adjoining a small commercial garage next door, on Waterloo Road. Besides Sew-quick’s workshop and the garage, the street is given over to residential buildings and it is tempting to see the workshop and garage as recent industrial intrusions. In fact they are the survivors of a small business community that was once present on the street, including a butchers, a carpet shop and a fancy dress outfitters. Sew-quick’s workshop began in a garage of a house on Waterloo Road in 1986 before being relocated to its current site in 1999. Francis kindly showed me around the workshop and explained the evolution of the business, which he runs with Sue, while Steve worked away taking photographs.

The workshop itself is divided roughly into two separate spaces separated by a thin wall with a large permanent opening to one side. The space at the back of the workshop contains a workbench, shelves of machinery, tools and equipment. It is here that sewing machines are made and mended. The area at the front of the shop is where Sue or Francis (and their dog) greet customers; it is the ‘shop’ bit of the ‘workshop’.

A small enclosure to the back right of this space serves as a rudimentary office, with a counter behind which Sue or Francis can use the phone, receive payments and issue receipts or sell small sewing machine parts. It is here that the day-to-day collection or deposition of sewing machines goes on. The space to the right and front of the counter is completely occupied by a number of large industrial sewing machines. The walls are decorated with faded manufacturer’s posters of sewing machines.

To the left of the counter, running along the length of the wall and in front of one of the building's large and drafty windows, are some large wooden shelves on which are stored sewing machines, as well as all kinds of other useful clutter. The photograph here shows a portion of these shelves that, as the bow in the wood testifies, have to put up with visits from some seriously weighty objects. I like this photograph because it captures, in a slice of shelving, just how multi-layered the space of the workshop is. Mostly the shelves contain sewing machines ready for repair, service or collection. The machines are of all kinds of makes and ages.

Attached to their case handles are labels with names of owners and instructions. The shelves are also convenient places for everyday workshop items such as the kettle and old drink cups and cans, or a towel. These spaces speak a language of everyday work in which people and objects are entangled in complex ways. Arrangements of objects and spaces are organised less on the basis of visual display (because these are not items for sale?) than on the needs of getting things done.

Francis and Sue explain to Steve and me how they have advanced plans to replace this old (and cold) workshop with a new, two-storey, building with a showroom at the front and workshop at the back. I wonder how far the imprint of the old building and feel of the current workshop, captured so nicely in Steve’s photograph, will survive in a new building. 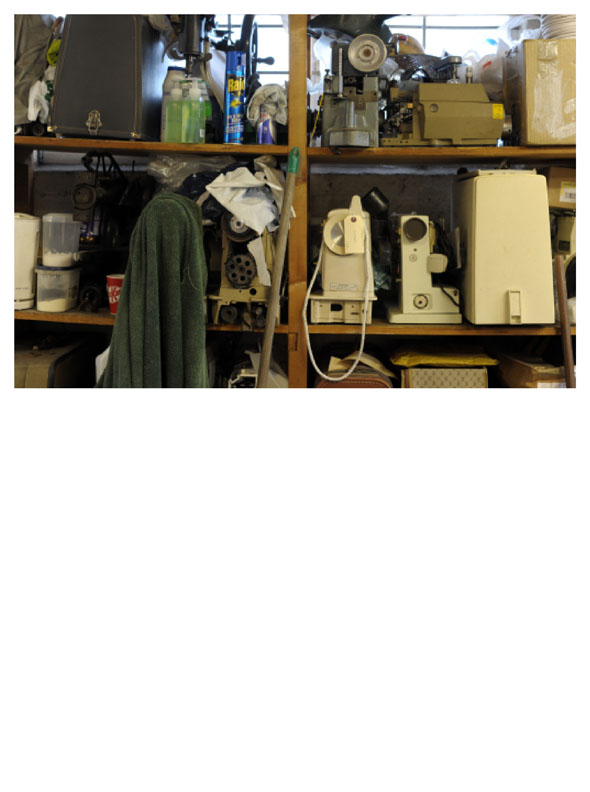 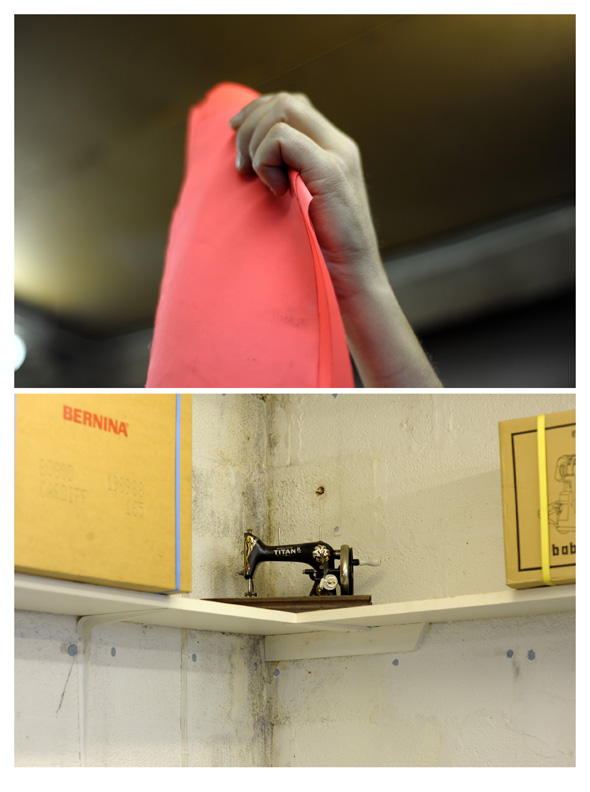 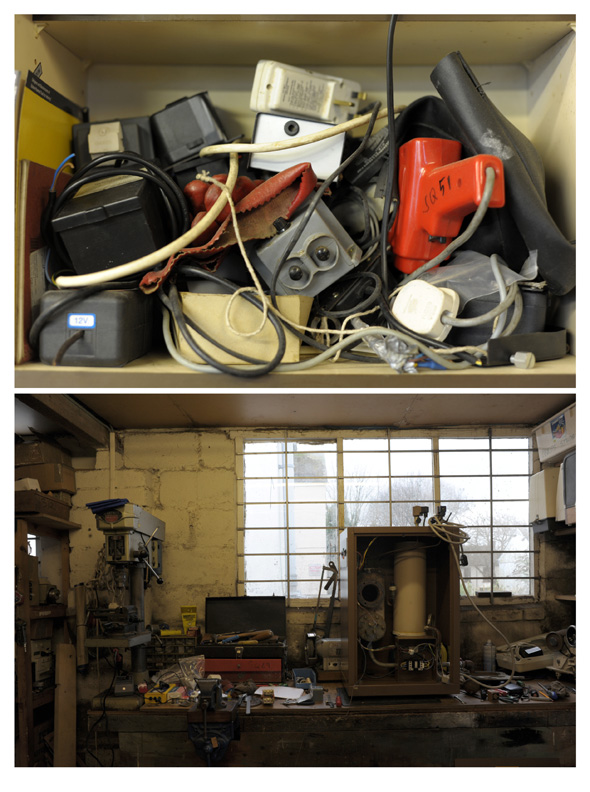 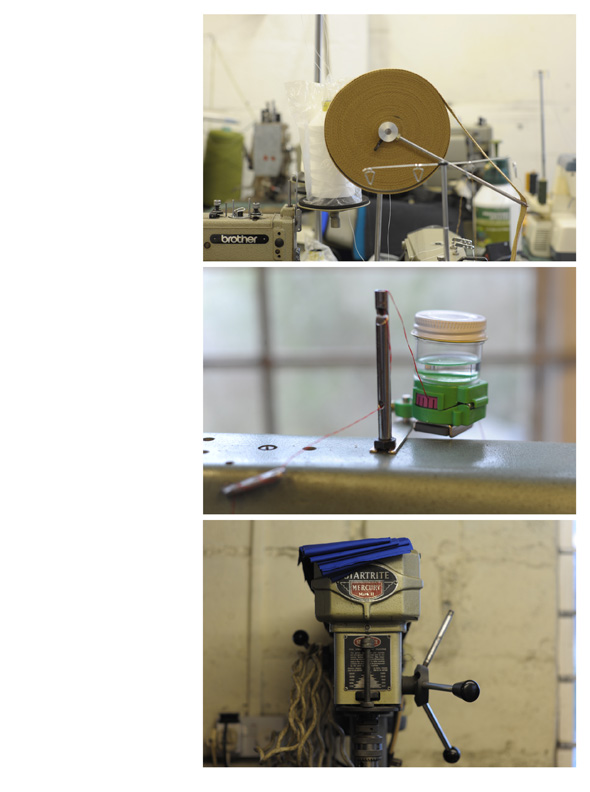 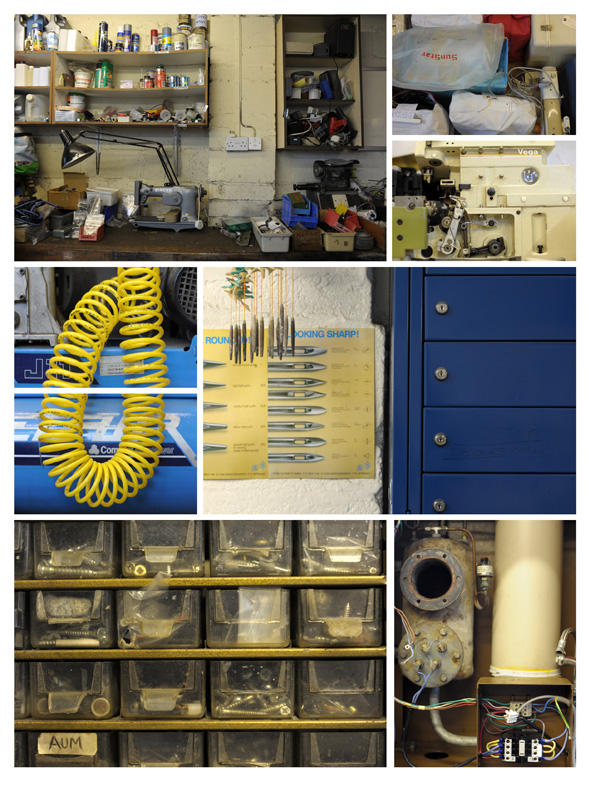 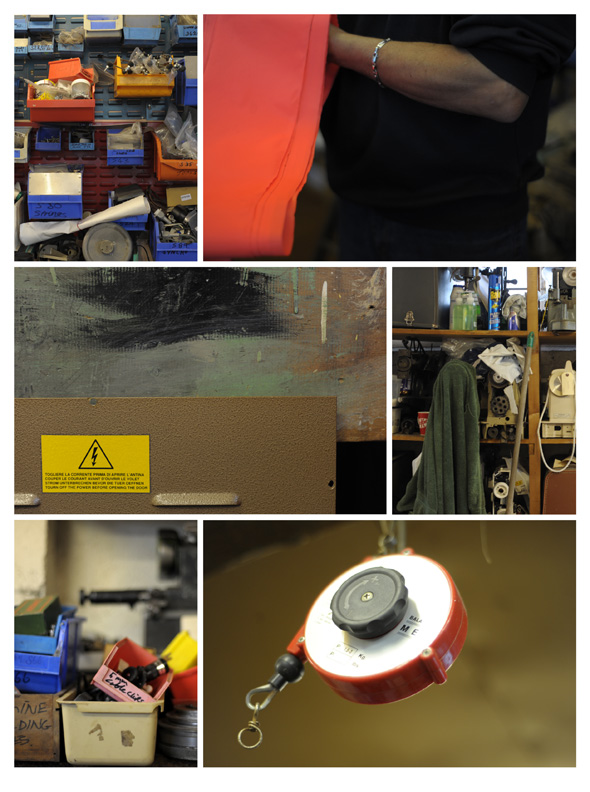 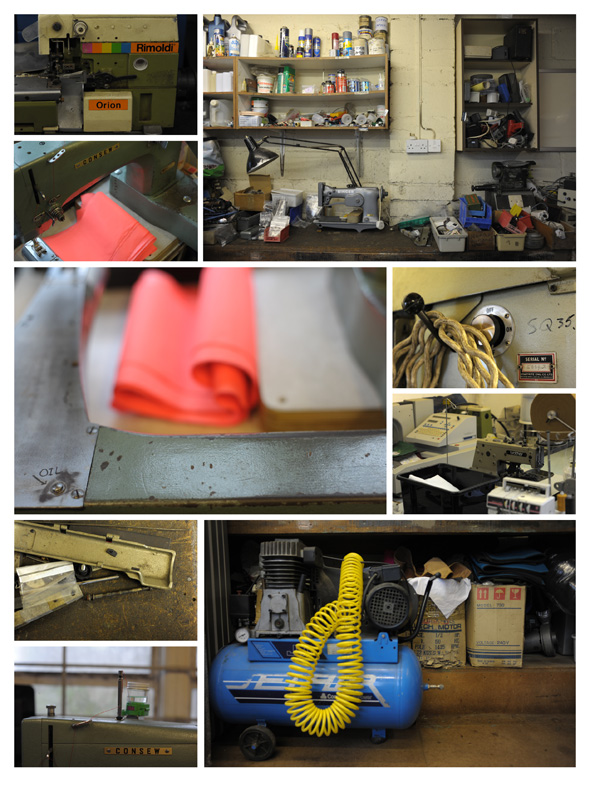 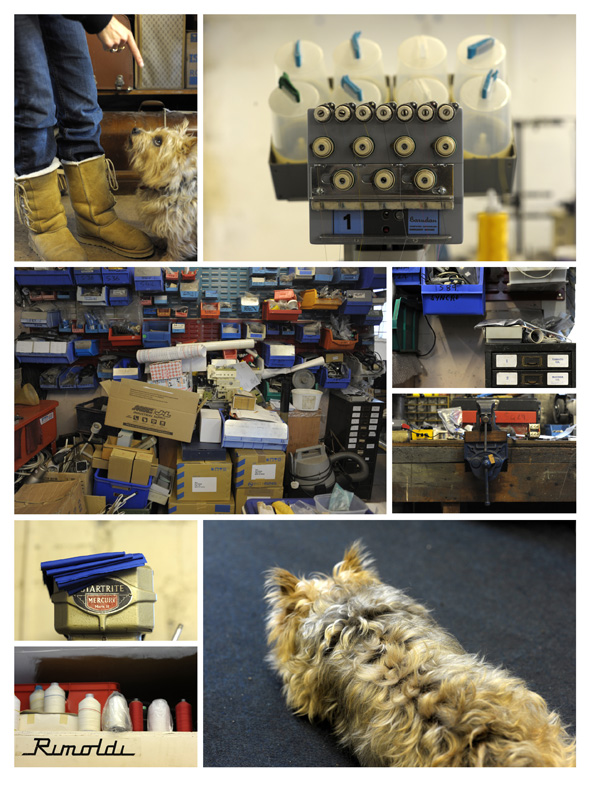