William Speller established his boot and shoe repair business in 1930, and trained his two sons, Stephen and Frederick, to join him. The three of them worked together until Stephen eventually became the sole proprietor in the 1970s. People in the village kept bringing him their repairs through the 1980s, and Stephen oiled the machines faithfully once a week long after his jobs wound down.

He died in February 2008, at the age of 92. Stephen’s niece, who inherited the cottage, began to contact local museums, hoping to find someone to take on the contents of the workshop for display. By the time I was put in touch with her in December she had almost given up; her builder was eager to demolish the shed to begin work on the new water system, and time was running out. I offered to visit to see if I could help record the site. A friend had given me the names of two photographers who appreciated such places—Steven Bond and Charles Hall—and I invited them to come along.

Myrna Croome met us at the cottage and we walked through the half-gutted rooms to the narrow back yard.  The four of us crowded into the two-room clapboard shed, the tiny rooms separated by a half-door. The immediate impression was one of extreme density—a space fully occupied by the accretions of several decades of labour. Shelves and drawers lined the walls, tools hung in ordered rows, shoes nestled against each other next to the raw materials of their repair, and the machinery gleamed in the dim light. The place seemed to be waiting for someone to return, to pick up the letters and bills scattered on the workbench, to sit on the swivel chair and finish tacking on a stray heel.

I noted details—shoe sole packets scribbled with notes, the dated advertisements on the walls, the 1975 job price list tacked inside the door. Two hanging balls of paper had the appearance of tattered grey wasps’ nests. When I poked them I discovered the shop’s financial archive, the innermost layers composed of 1950s invoices, the outermost layers including a 1999 electricity bill. 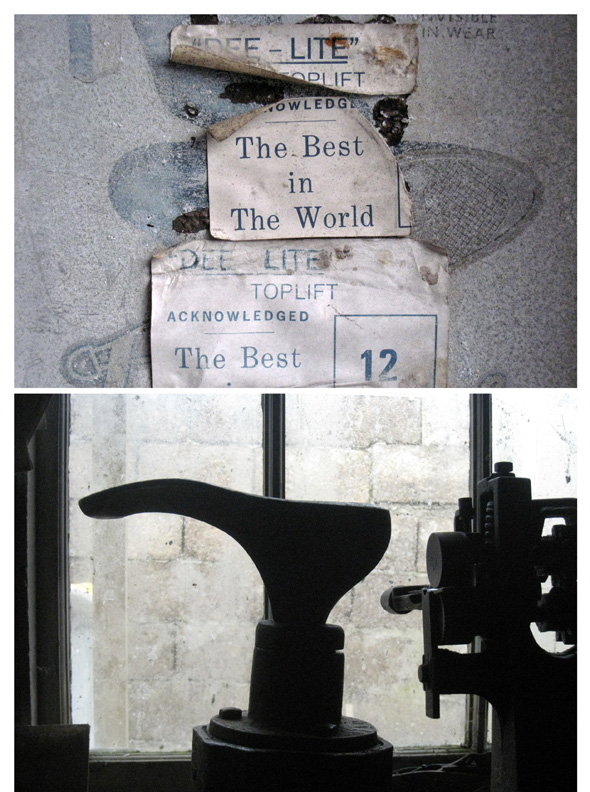 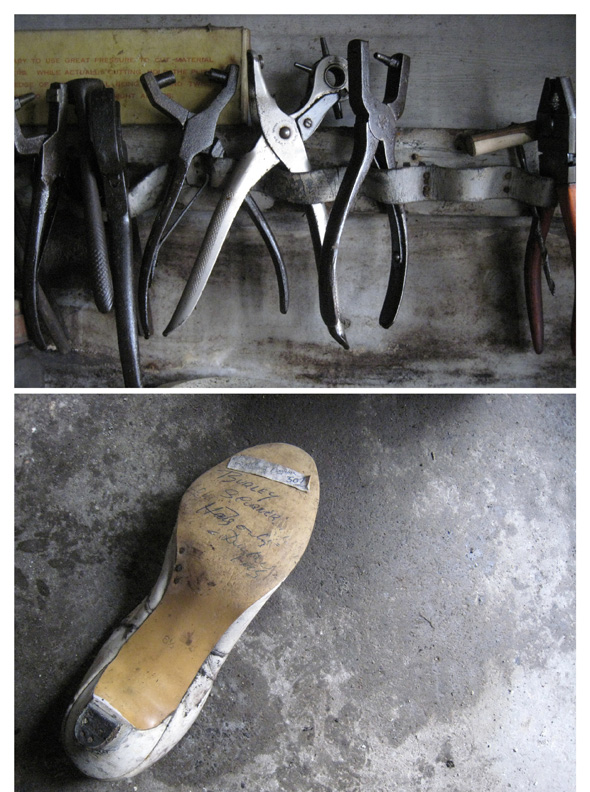 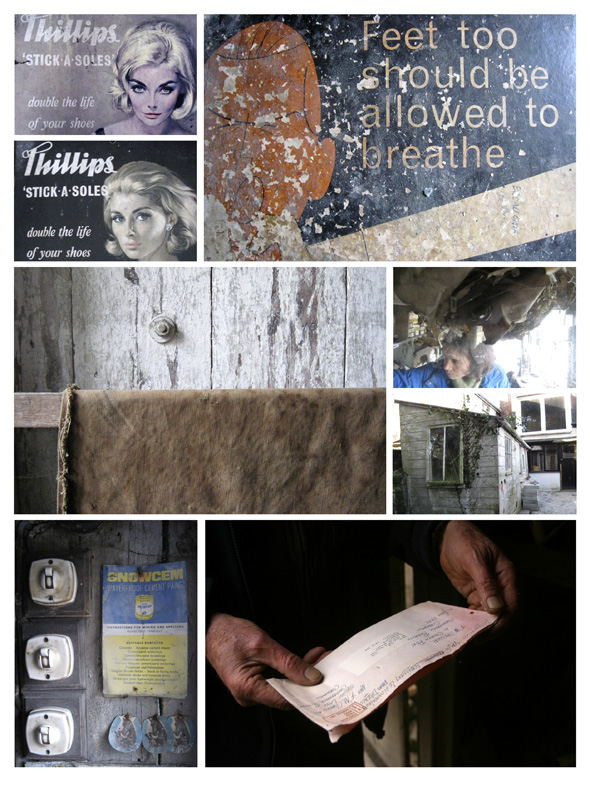 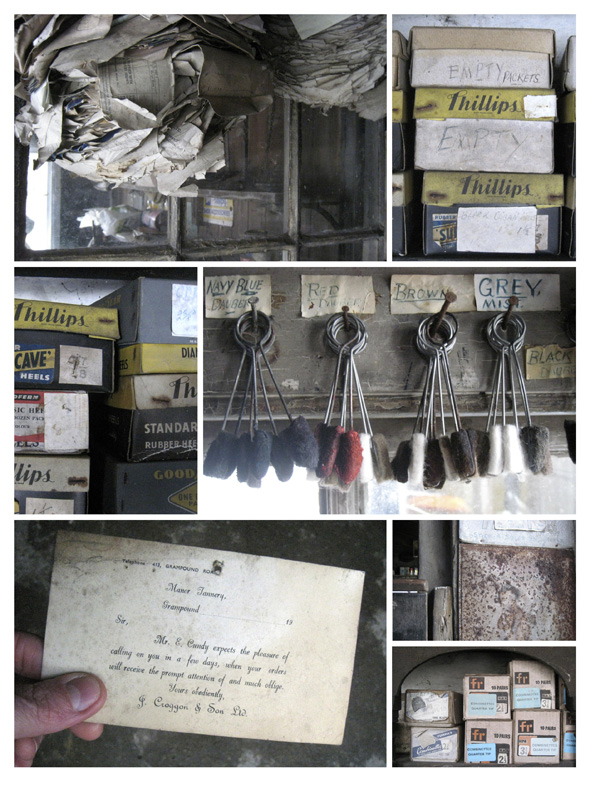 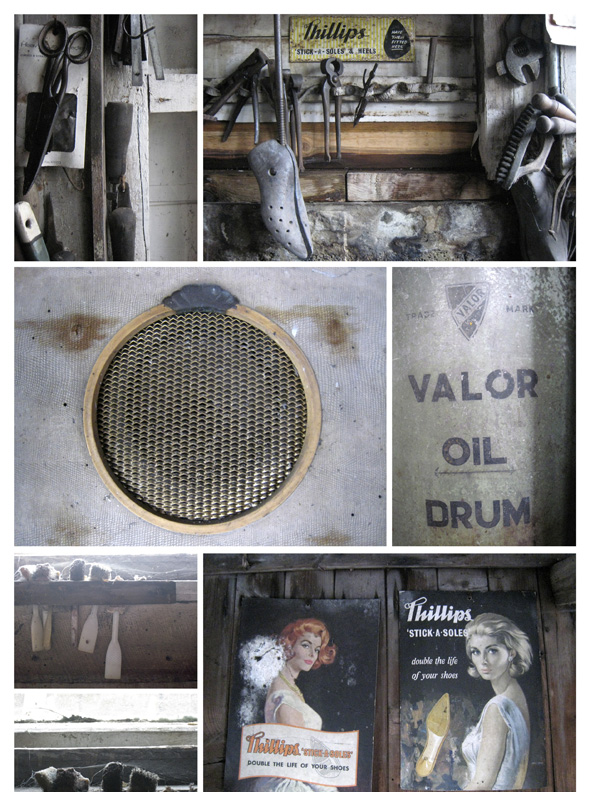 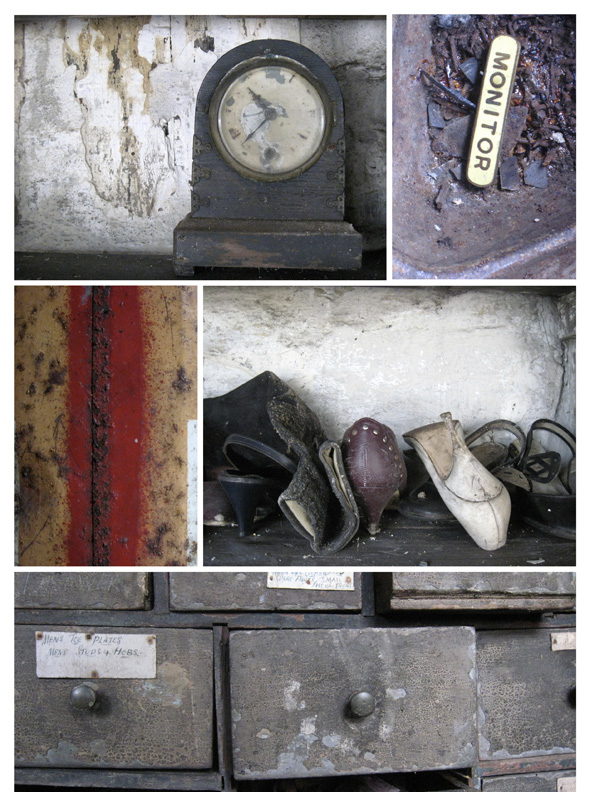 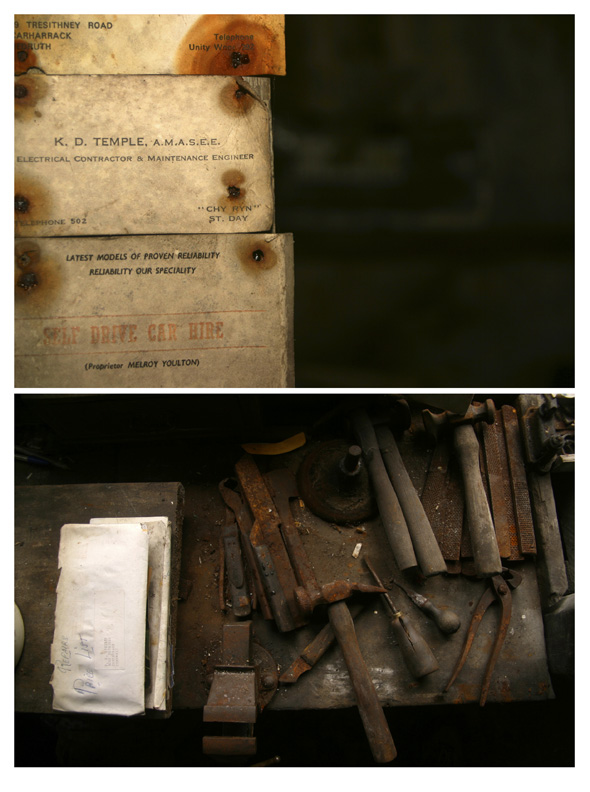 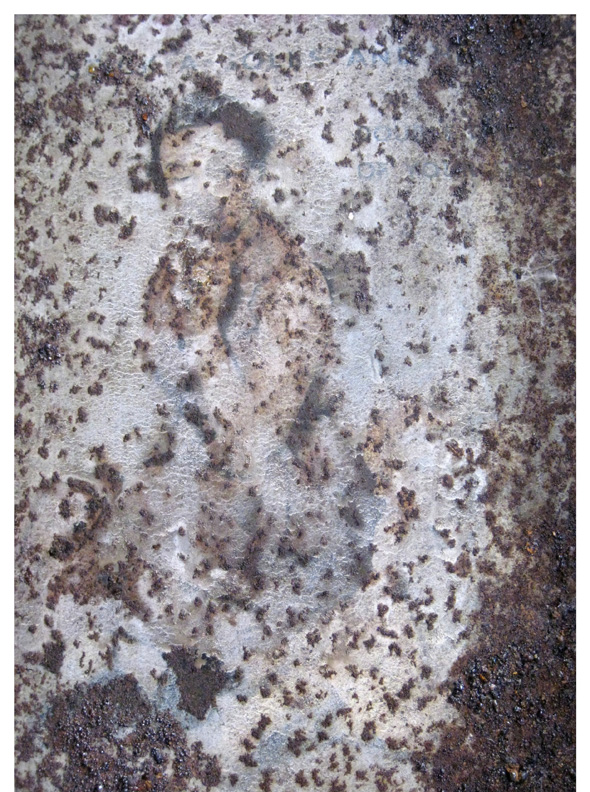