Mike was waiting for us in his tiny workshop, which is wedged in under the wing of a former church, now antiques shop. The sign out front said 'Upholsterer, Mike Tulk', in white on red. And other teapot-shaped sign said 'Tea Room: Sorry no tea, but upholstery gladly done'. Mike was having a slow week, his 'bread and butter' business of recovering motorbike seats having temporarily dried up.

He showed us the tools of his trade: a pair of pincers to loosen the seat cover staples, a screwdriver to pry them out, and two venerable sewing machines. The one in the image here is a crank-operated Jones model from the 1930s. Mike has fixed a £1.99 torch onto the working end so that he can see the piping foot clearly as he stitches up seams, but the light flickers and fades. He thinks it may be the damp in the stone-floored room. 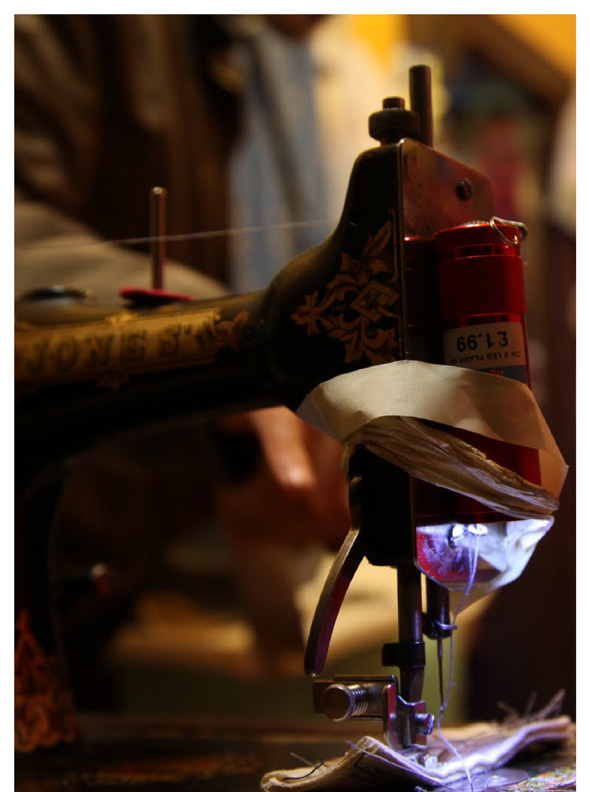 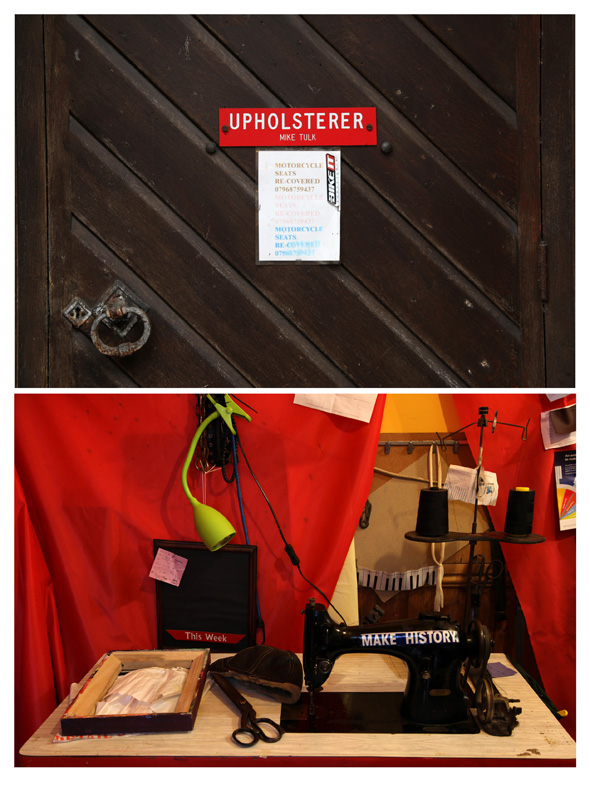 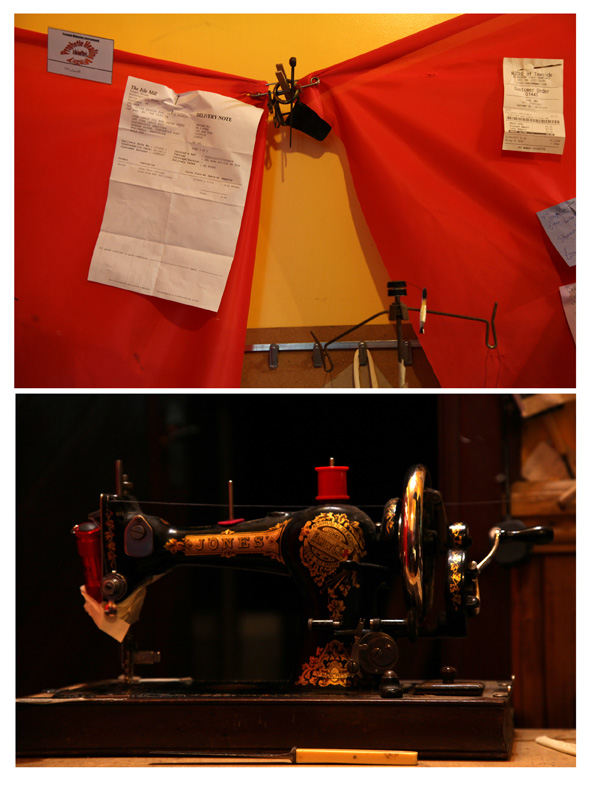 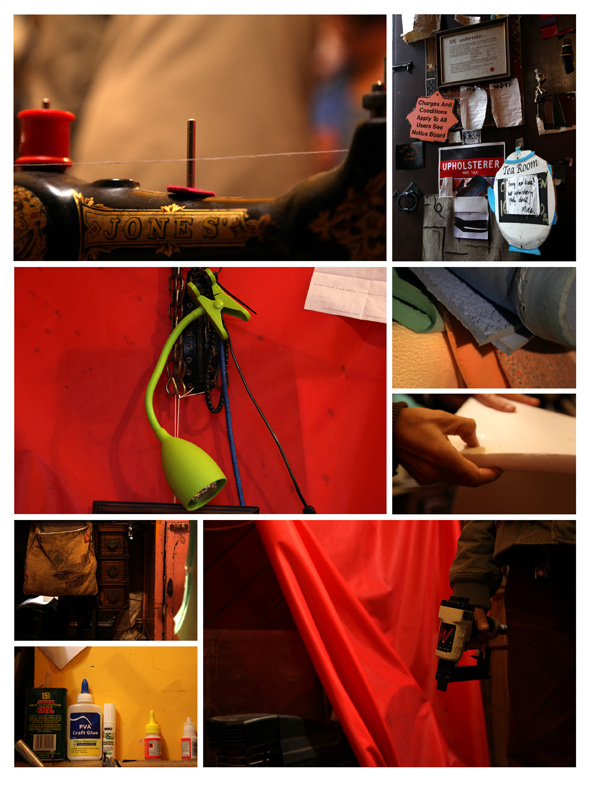 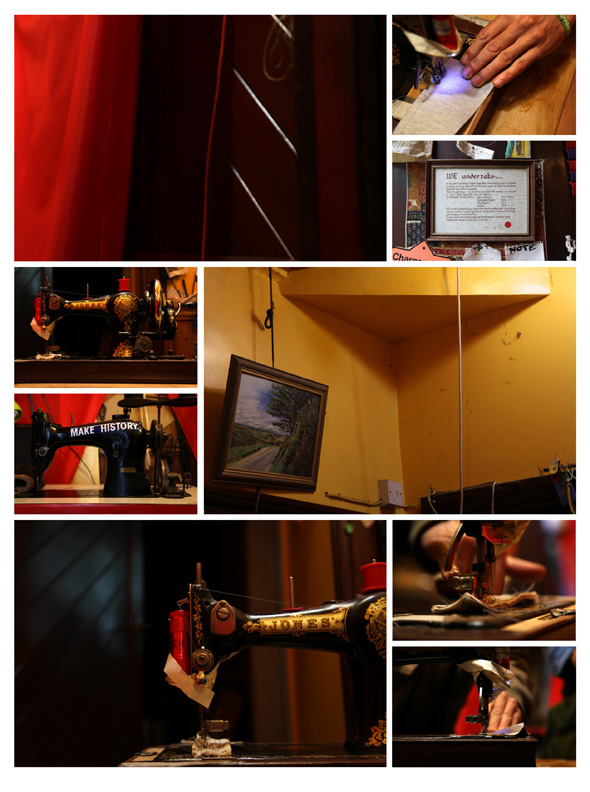