Farley Water, Hawkridge Ridge, Halscombe, Whiterocks, Veraby Brake, Venfield Common. An Exmoor geography dangles from each antler, marked on a neat white tag. The stags drop their antlers in March and April, and Michael Fook tries to be there to retrieve them. He can tell the stags apart, and recognise the distinctive patterning of each individual’s antler structure from year to year. If only one antler is dropped he will wait, and search for the missing mate. Sometime he finds it miles away, and once he swapped with a local acquaintance years later to make two matched sets.

The antlers return, in pairs and singly, to Michael’s shop in South Molton, Devon. In the front of the shop a dozen prime specimens are mounted (on fibreglass skulls) around the walls, sharing space with spare bicycle tyres and rims. More cluster around the edges of the floor space, the handlebars of parked bicycles echoing the antler forms to odd effect. In the high-ceilinged workshop at the back antlers hang above the strimmers and mowers in for repair. And in the attic, up a steep flight of stairs and through a hatch door, the dim light discloses more antlers, in serried rows alongside boxes of spare engines and salvaged parts. 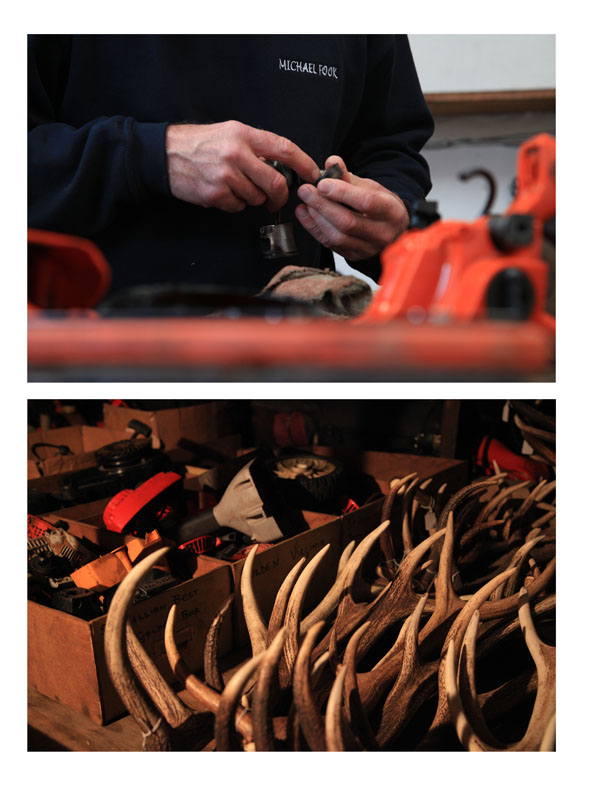 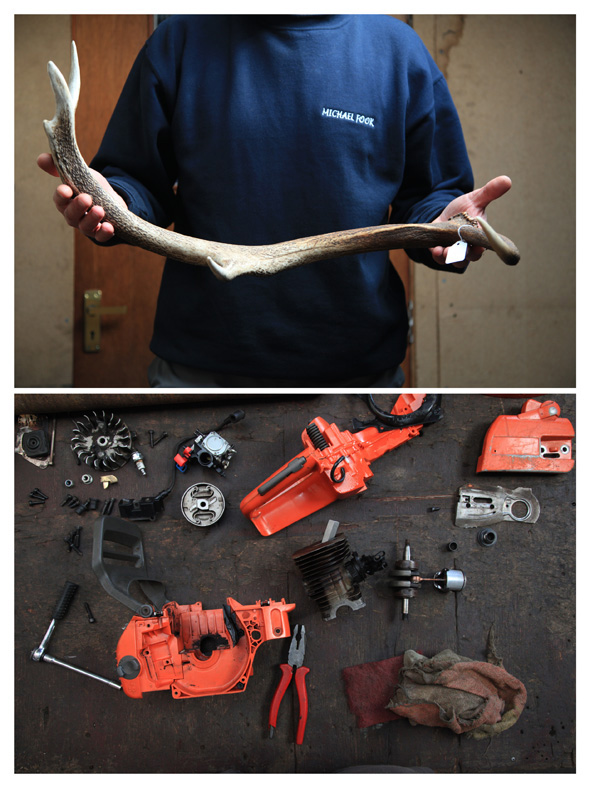 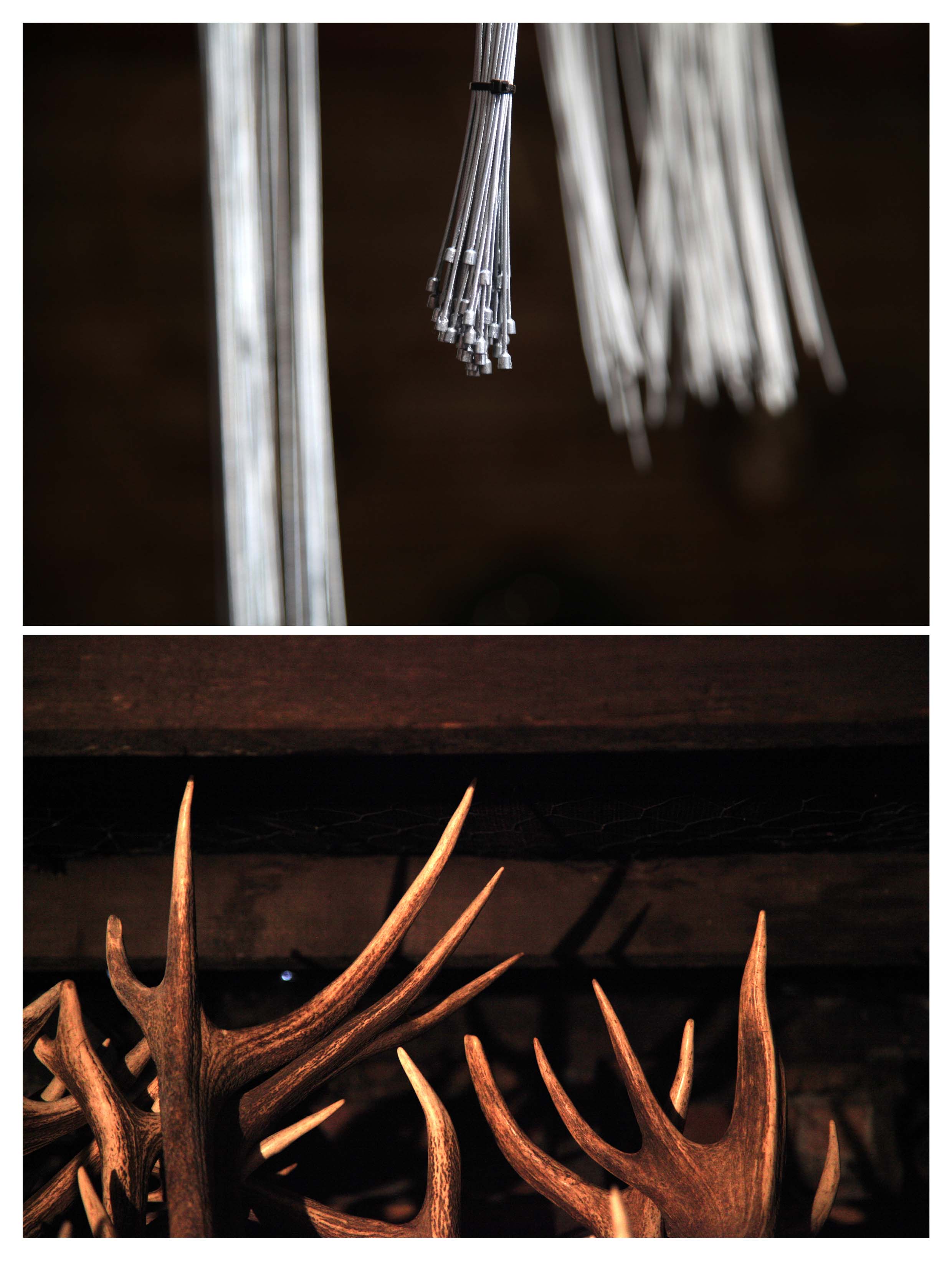 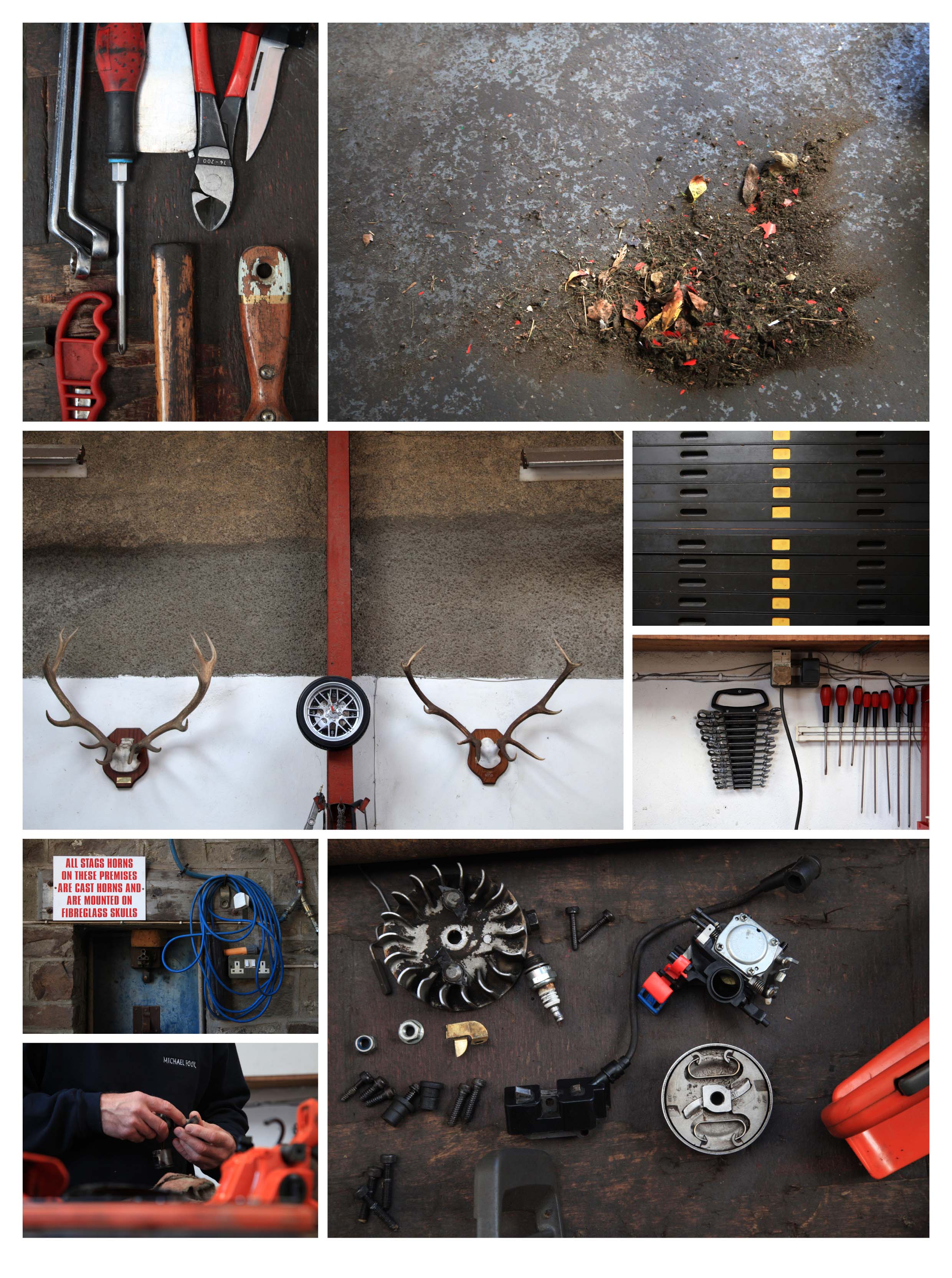 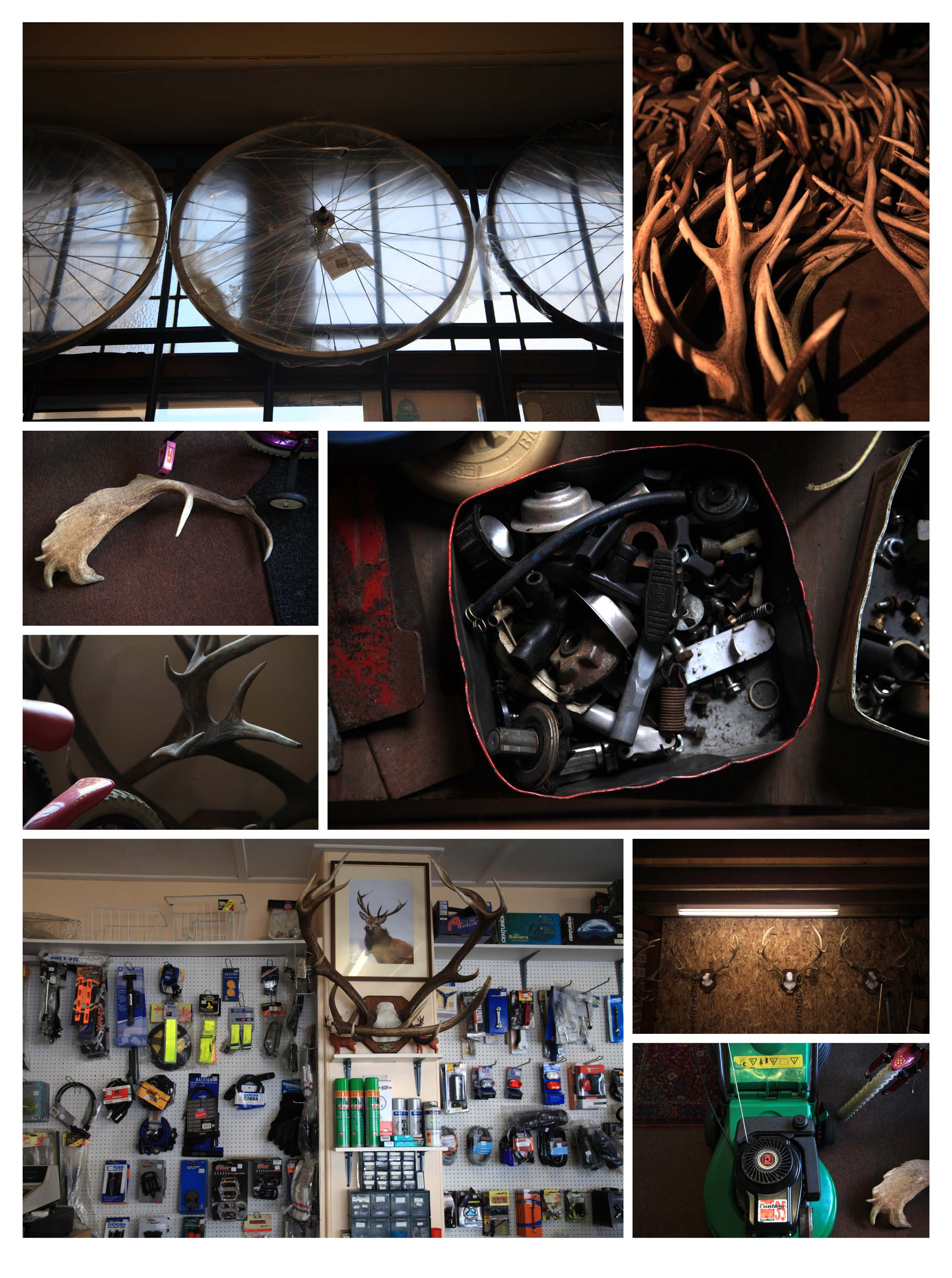 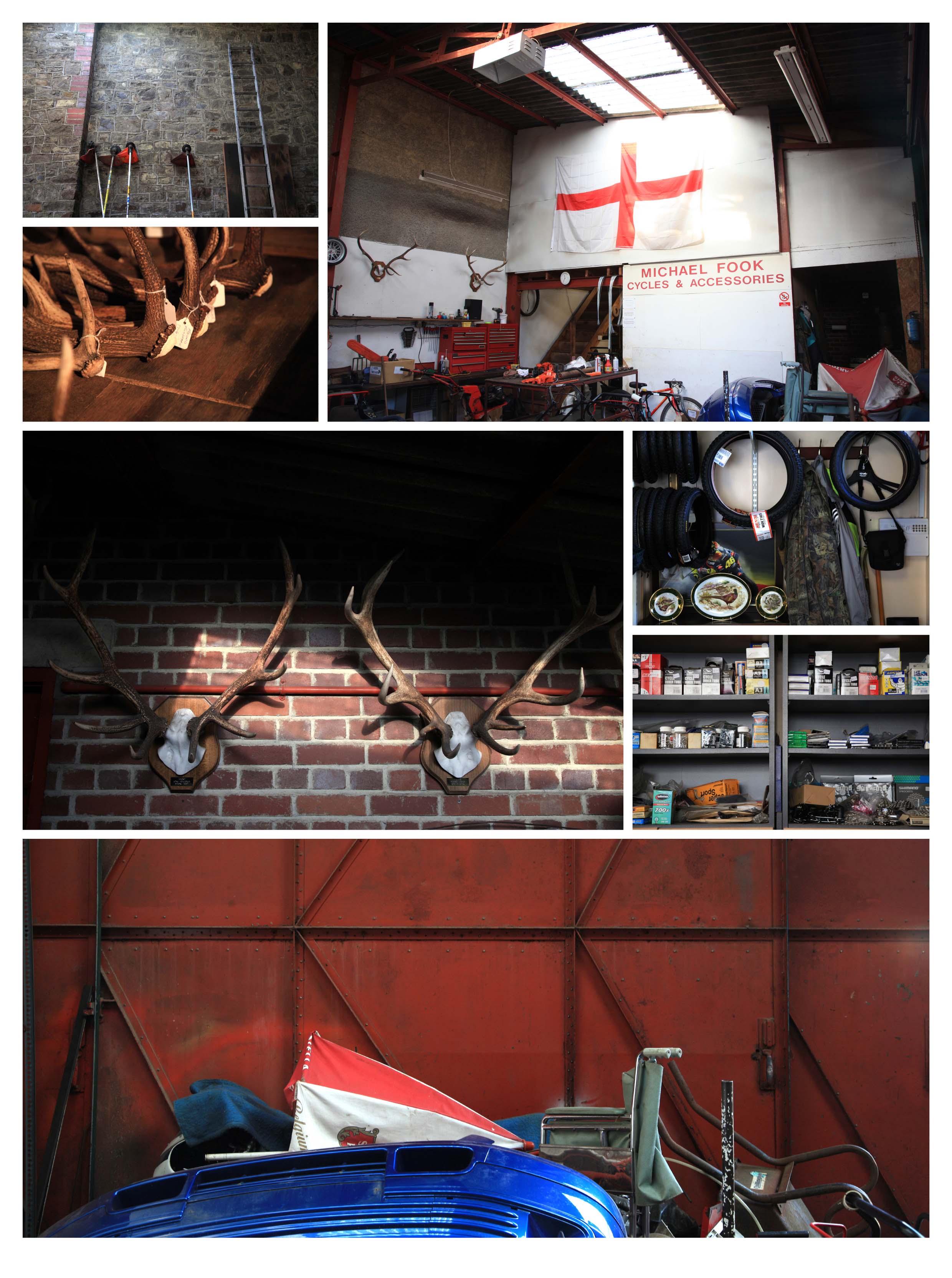