A dealer brought in this clock and asked that the mechanical workings be replaced with quartz. It’s been hanging on the wall ever since. To restore the movement to the 150 year-old device would cost around £300; the quartz setting would be closer to £30. But it’s not a question of whether the replacement can be done, it’s whether the people who know how to do it are willing to, and they’re not, not really. The clock—an ornate memento of the Crimean War—deserves better.

There’s an unwritten horologist’s code of ethics at work here, which values the integrity of the piece more than the potential economic gain in its sale. So the clock hangs on the chipboard wall in one of the middle workshops, above a collection of necessary objects—cassette tape, 9-volt battery, specialist screwdrivers, a phone number.

The juxtaposition of the ordinary and the exquisite is repeated again and again in this space, and it’s one of the qualities that makes the workshop so bewildering. Wild variations in scale add to the effect—the giant long-case clocks stacked three deep in cramped rooms, telescoping down to the screws and chains as thin as pins, their joints and threads only visible with a glass.

The temporal scrambling is also unsettling—we were surrounded by dozens of clocks, but when I needed to know the time so that I could figure out whether I needed to go buy a new parking ticket I realised that none of them showed the same time. Cliff consulted a modern clock that seemed to be six hours off. It turns out the minute hand is accurate—radio-calibrated to the atomic clock in Rugby—but the hour hand went wrong some time back, and has never been re-set. 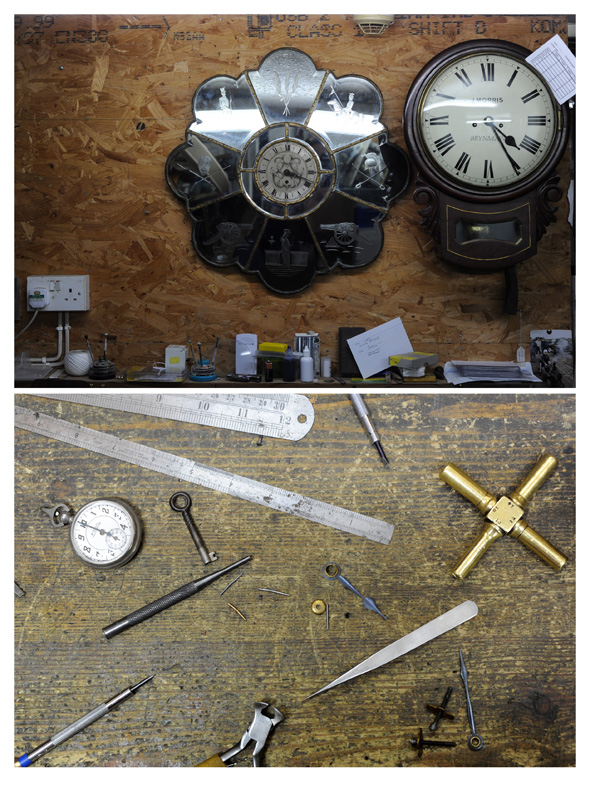 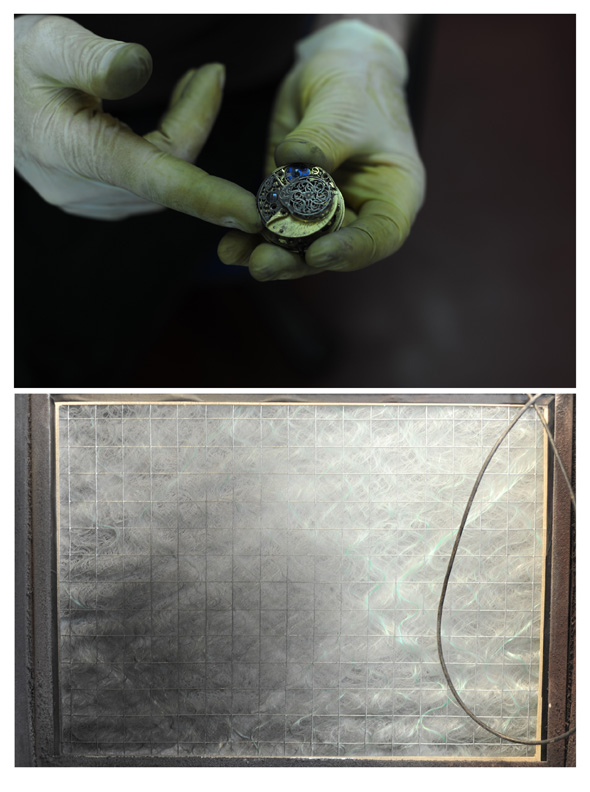 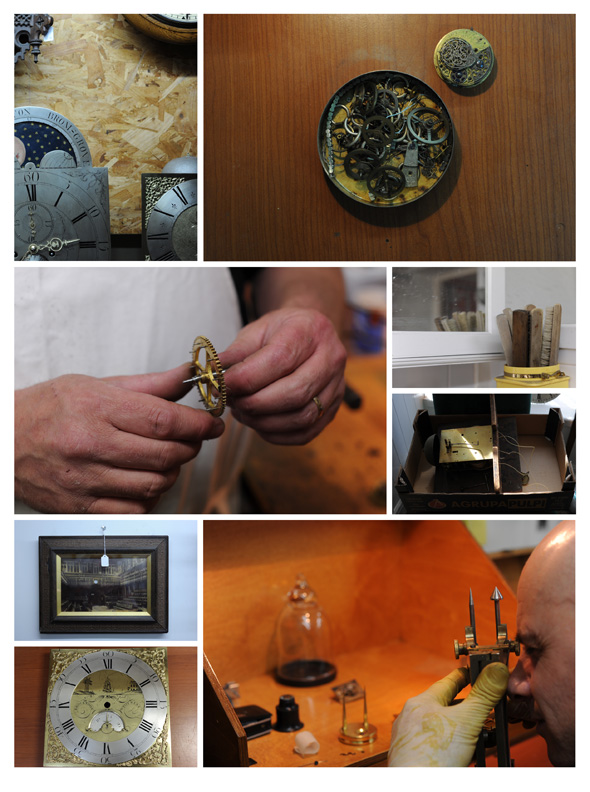 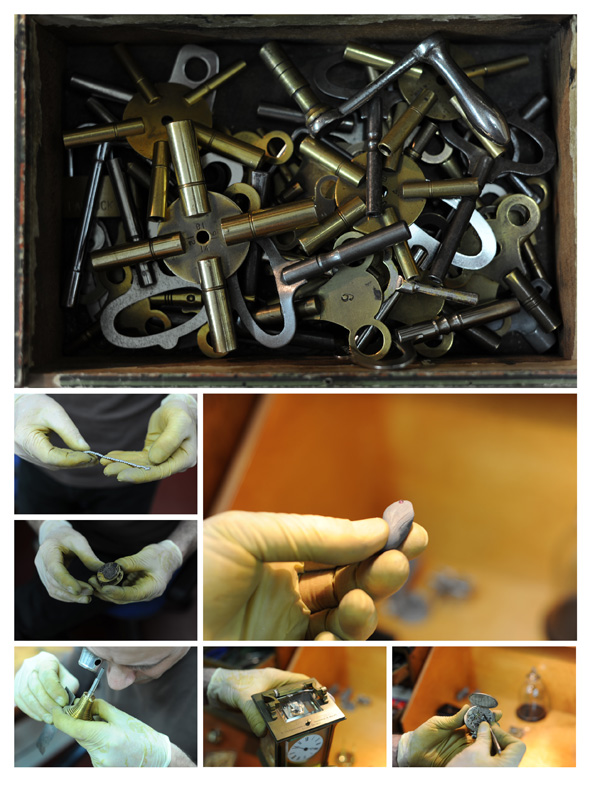 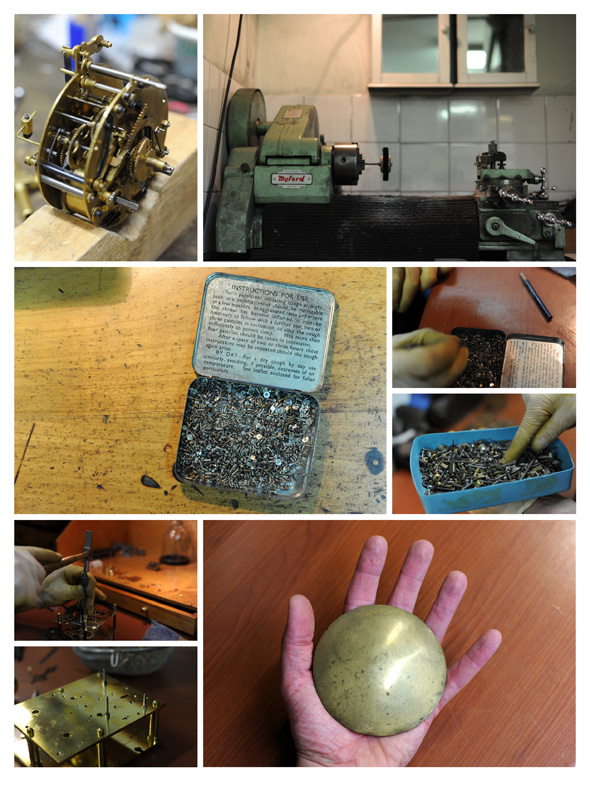 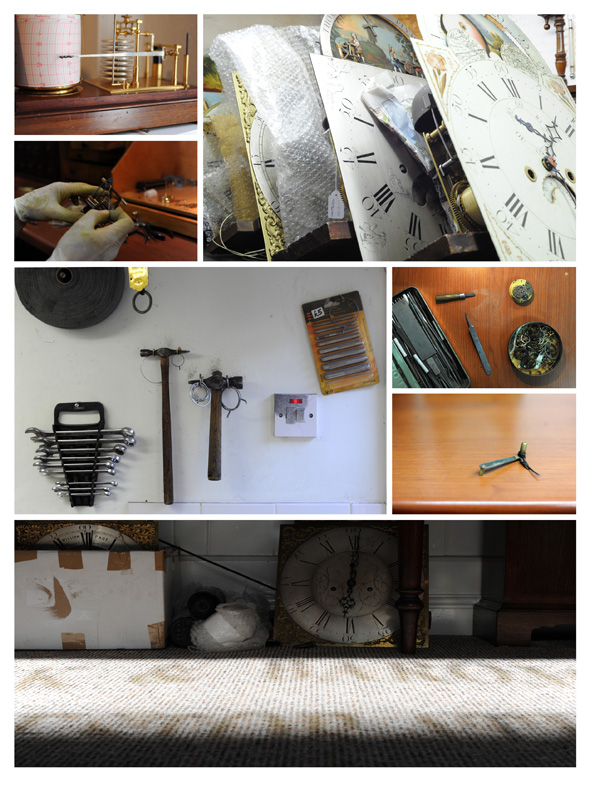 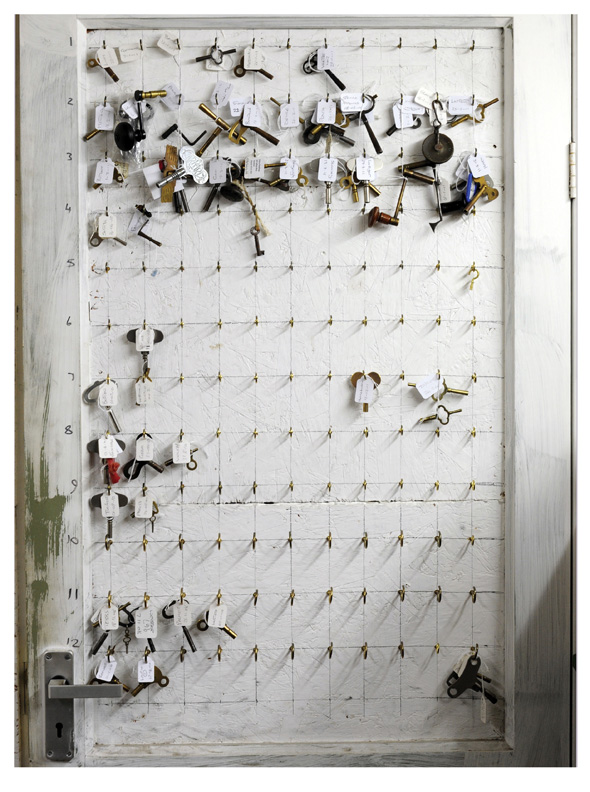